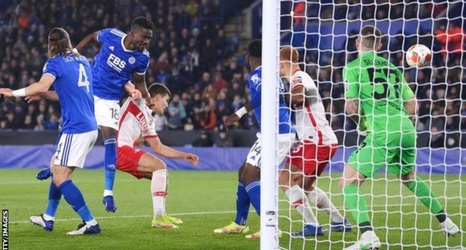 Substitute Jamie Vardy had a penalty saved as Leicester were held by Spartak Moscow in a draw that leaves their hopes of qualifying from Europa League Group C in the balance.

The Foxes are third in a tight group with two games remaining and Brendan Rodgers' side will rue a failure to take three points on Thursday.

The hosts had been completely dominant but it was the visitors who took a surprise lead when former Chelsea winger Victor Moses headed in unmarked following a swift attack.

That sparked more urgency in the Foxes and they hit back through Daniel Amartey, who met Ayoze Perez's flick-on with a firm header.