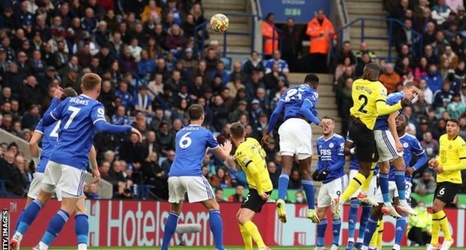 Antonio Rudiger continued his habit of scoring against the Foxes with a glancing, looping header from a corner whipped in by ex-Leicester wing-back Ben Chilwell.

Another former Foxes favourite, midfielder N'Golo Kante, doubled the lead by firing home from the edge of the box after being allowed to roam 30 yards virtually unchallenged.

Chelsea could have been out of sight by half-time, Chilwell grazing the bar when he should have scored from an early one-on-one with Kasper Schmeichel , who later denied Kante with his legs.