Leicester 2-2 Napoli: Victor Osimhen completes comeback from 2-0 to rescue a draw for the Italians 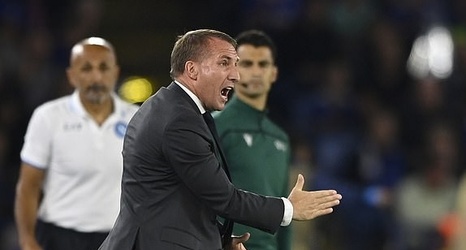 Leicester threw away a two-goal lead to draw 2-2 against Napoli on a riveting night at the King Power Stadium on Thursday evening.

Brendan Rodgers' side took an early lead inside 10 minutes via an Ayoze Perez volley after a fine cross from Harvey Barnes, and retained their lead at the break due to wasteful finishing from Lorenzo Insigne and Victor Osimhen.

Harvey Barnes doubled the lead somewhat against the run of play, before Nigerian forward Osimhen pulled one back, lifting a loose ball cleverly over the onrushing Kasper Schmeichel.

He then doubled his tally and equalised with just three minutes left, heading home brilliantly after a fine hanging cross from substitute Matteo Politano, as the sides shared the spoils and took home a point each from an enthralling Group C clash.