It's all in the mind: Sarri admits Chelsea have a psychological problem after loss to Leicester 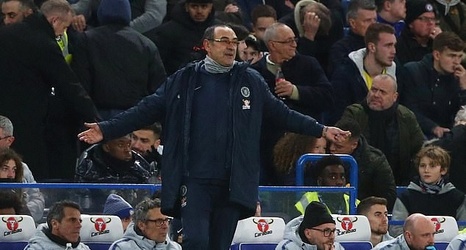 The Italian does not want to bring in a specialist, but will consider getting external help this week as his staff look into the minds of a team who can switch from sublime to sickening in the space of a fortnight.

Two weeks ago, Chelsea were derailing previously unshakable Manchester City. On Saturday, they failed to break down a deep-sitting Leicester City who went on to inflict Sarri's first Stamford Bridge defeat thanks to Jamie Vardy's winner.

It was a good day to bury bad news, with City losing to Crystal Palace, but Sarri knows he cannot afford to ignore it.