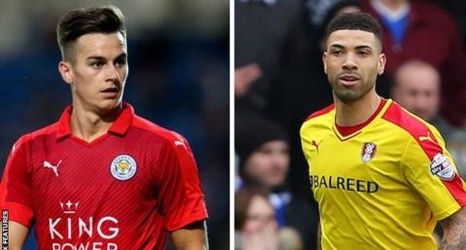 Wales international Lawrence, 22, spent much of last season out on loan in the Championship with Blackburn and Cardiff, playing a combined 37 matches.

The former Republic of Ireland international has scored 58 goals in 270 career league matches.

"He's got that physical presence and will add to the options we have got up front," manager Mick McCarthy told the club website.