'He just wanted to read and find out about Leicester': Brendan Rodgers reveals Patson Daka only asked for books about his new club during quarantine as he hails 'great guy' 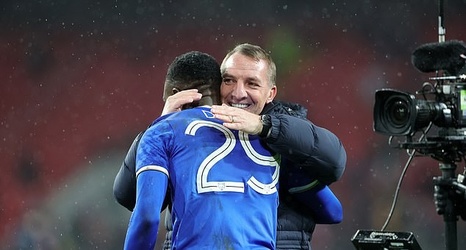 Leicester boss Brendan Rodgers saluted bookworm Patson Daka and insisted he will make his mark in the Premier League.

The Zambia striker has five goals in his last two games after his historic four-goal haul in the Europa League.

The Foxes face Brentford on Sunday following their thrilling 4-3 win at Spartak Moscow on Wednesday.

Daka's four strikes made club history as he became the first Leicester player to score a European hat-trick and the first player to bag four in one game for 63 years.