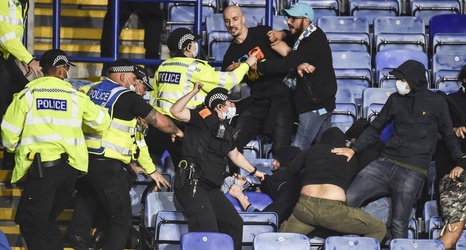 Several arrests were made after clashes between Leicester City and Napoli fans ahead of their Europa League tie.

Police said eight fans of the Italian side and one man from Leicester were detained following a street fight about a mile from the King Power Stadium.

A 39-year-old man from Italy was also detained on suspicion of racially abusing a taxi driver.

Another man, from Anstey in Leicestershire, was questioned over a separate racially-aggravated offence.

Leicestershire Police said supporters from both clubs threw objects at each other towards the end of the game but there were no further arrests.