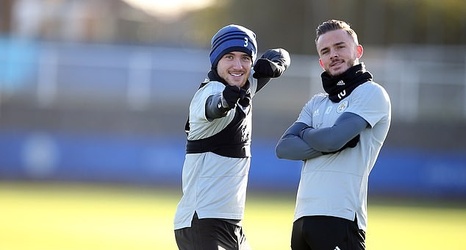 The midfielder will return for Saturday's visit of Watford after being sent off against Brighton last week.

He picked up a second booking for simulation in the 1-1 draw - and was banned for Tuesday's Carabao Cup penalty shoot-out win over Southampton.

Maddison apologised on social media and Puel believes the 22-year-old understands what he did wrong.

He said: 'Of course it will be a good lesson for him and his team-mates.