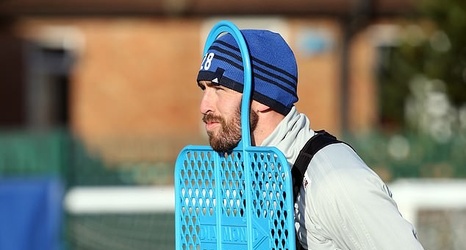 Leicester defender Christian Fuchs believes winning the Carabao Cup would be the perfect way to sign off.

The left back is expected to leave the Foxes when his contract expires at the end of the season.

Fellow title winners Wes Morgan, Danny Simpson and Shinji Okazaki are also out of contract in the summer.

Fuchs is set to start against Manchester City in Tuesday's Carabao Cup quarter final after making his first Premier League appearance of the season in Saturday's 1-0 defeat to Crystal Palace.

The former Austria international knows the squad is changing at the King Power Stadium and wants to win the trophy for late owner Vichai Srivaddhanaprabha as well.