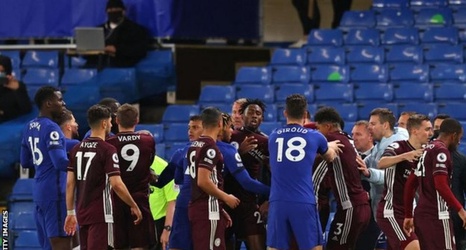 Chelsea and Leicester have both been fined £22,500 following an on-field clash in their fixture on 18 May.

A tackle by Leicester's Ricardo Pereira on Ben Chilwell sparked a melee between players and staff from both sides.

"Both clubs admitted that they failed to ensure their players and club officials conducted themselves in an orderly fashion and refrained from provocative behaviour during the 93rd minute of the fixture."