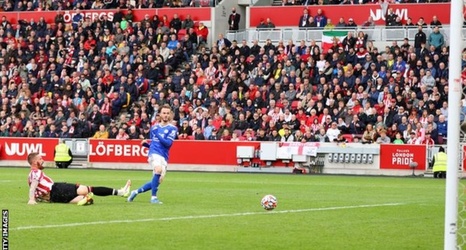 James Maddison claimed his first goal since February as Leicester continued their recent good form with victory at Brentford.

Youri Tielemans had opened the scoring for the visitors early on with a stunning strike, driving an unstoppable first-time effort into the back of the net from outside the box.

Foxes keeper Kasper Schmeichel tipped over an Ivan Toney header just before half-time, but the hosts equalised on the hour when Mathias Jorgensen flicked home a header from a corner.

Brentford then pressed for a winner, but were caught out by a quick Leicester attack in the 73rd minute.