Brendan Rodgers insists Arsenal 'NEVER made an enquiry' for James Maddison prior to their £30m move for Martin Odegaard... with Leicester boss confident the club can now keep hold of their best players 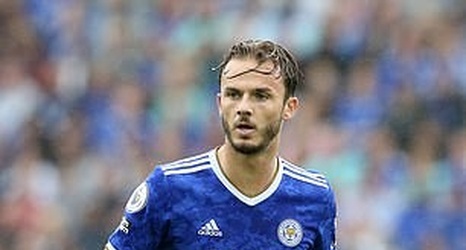 Arsenal never even made an enquiry for midfielder James Maddison this summer, according to Leicester boss Brendan Rodgers.

The Gunners were understood to have explored a number of alternatives to Martin Odegaard this summer - including the 24-year-old Leicester playmaker - before signing the Norwegian in a £30million deal last week.

The England international was reportedly valued at £60m by the Foxes but reports suggested that interested ended when the Gunners were informed their East Midlands counterparts would not budge on that price tag.

But speaking ahead of Leicester's visit to West Ham on Monday, Rodgers insisted speculation surrounding Maddison's future at the King Power Stadium was nothing more than 'paper talk'.