Brendan Rodgers admits he was 'living his dream' at Celtic 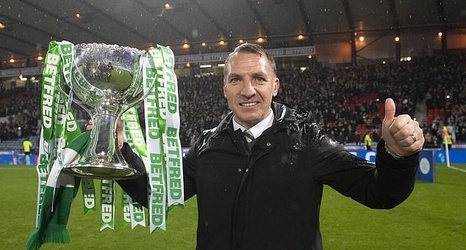 Brendan Rodgers claimed he had been 'living his dream' at Celtic as he departed for Leicester.

Rodgers was confirmed as Foxes manager after a whirlwind day of developments which paved the way for Neil Lennon to return to the Celtic dugout until the end of the season.

The timing of his departure has been criticised by fans and former players such as Chris Sutton, with Celtic eight points clear in the Ladbrokes Premiership but facing a much stronger challenge from Rangers than in Rodgers' first two seasons in charge.

But the 46-year-old claimed he had taken Celtic as far as he could and chief executive Peter Lawwell stated the club had to respect Rodgers' desire to pursue the opportunity to join the Premier League club.