Annoyed by time wasting in the Premier League? You have every reason to be! Stats show the ball is in play for just 54 MINUTES of the 90 on average with the problem worse than ever this season and Aston Villa the biggest culprits 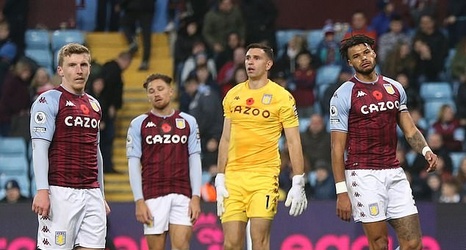 Time is slipping away from the Premier League with data showing a significant drop in the length of time when the ball is in play this season.

A 90-minute game contains 54 minutes and 43 seconds of action, an average taken across 110 top-flight games this season by the statisticians at Opta.

This is a drop by 99 seconds on last season's average and down by two minutes on the 2013-14 season.

By contrast, Man City's games generally feature more than an hour of the ball in play

So if you are one of those fans finding yourself infuriated by the time wasted, be it getting the ball back into play at a goal kick or a throw in, or the lengthy treatment required for seemingly minor injuries then your mind is not playing tricks.