A parting gift from the present to the future? Harry Kane gifts teenage Tottenham prodigy Dane Scarlett a signed shirt after winning the Premier League Golden Boot last week in what could be his final match for Spurs 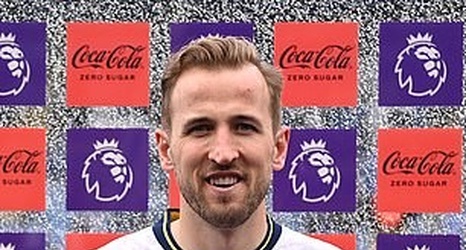 The 27-year-old scored in Tottenham's 4-2 victory over Leicester City to take his tally to an unbeatable 23 goals this season to win the Premier League top scorer's award.

Teenage striker Scarlett, 17, was on the bench for the victory at Leicester due to an injury crisis among Ryan Mason's squad, with Kane gifting the youngster a signed shirt to act reward the forward for his hard work.