Which Top Cornerback Will Oakland Sign? 3 Toughest Contract Decisions Of The Raiders' Offseason 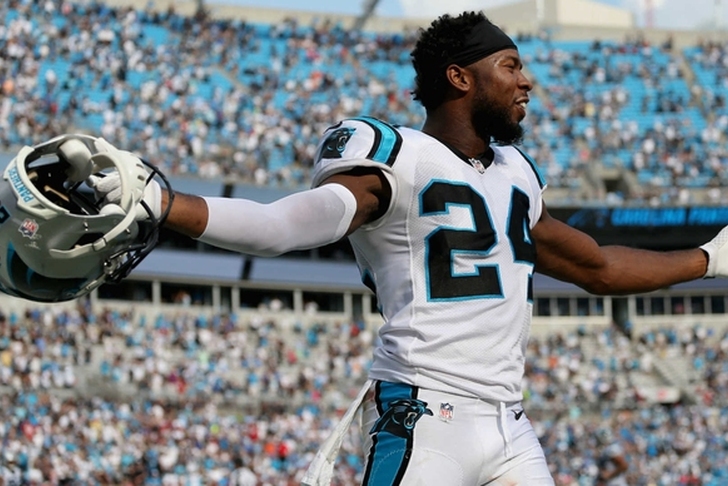 The Oakland Raiders have a boatload of cap space to play with this offseason and a lot of upgrades to make, which makes this one of the most intriguing spring/summer periods in recent franchise history. With that in mind, here's our list of the 3 Toughest Contract Decisions Of The Raiders' Offseason.

Roy Helu was supposed to be the veteran complement for starting running back Latavius Murray in 2015, but it never materialized that way. The speedy Taiwan Jones showed flashes of game-breaking ability, but he's still a liability from a hands standpoint.

In short, the Raiders are back where they started last season -- looking for a veteran backup who can give Murray breathers and add extra depth to Derek Carr's cache of weapons. More Raiders free agency news and rumors inside the Chat Sports iPhone and Android apps!

Two names jumping out right now are Chicago's Matt Forte and the New York Jets' Bilal Powell. Forte is the better overall option, especially as a short-term solution who'd provide both a mentor for Murray and a dynamic receiving back to the offensive attack.

Let's get this out of the way -- no one, not even an All-Pro level talent, can bring what Charles Woodson brought to the table. So, whoever ends up taking over a 'captain safety' spot for the team is basically just going to have to build their own legacy from scratch in his shadow.

Two intriguing free-agent options at safety who could be atop the Raiders' wishlist are San Diego's Eric Weddle and Cleveland's Tashuan Gipson.

Gipson would be a long-term investment, but Weddle's the better fit right now -- a noted playmaker and leader who won't shrink under the pressure of being Woodson's heir apparent.

No knock on David Amerson who did a fantastic job for what he was asked in 2015, but the Raiders' next step from solid middle-of-the-pack team to playoff contender hinges on finding a #1 cornerback.

2013 first-round pick DJ Hayden remains a major question mark, both from a health and effort standpoint. With so much cap space to play with, it'd be silly for Oakland to bank on him budding into a shutdown #1 right away.

So, the real question is this -- who will the Raiders pursue and ultimately land? Kansas City's Sean Smith, NYG's Prince Amukamara and Los Angeles' Janoris Jenkins are all realistic options, and there's always the off chance that Carolina's Josh Norman isn't franchise tagged.

If that somehow happens, the Raiders need to put as many zeroes on a check as they can and hang out on his doorstep with a boombox and a lawyer.