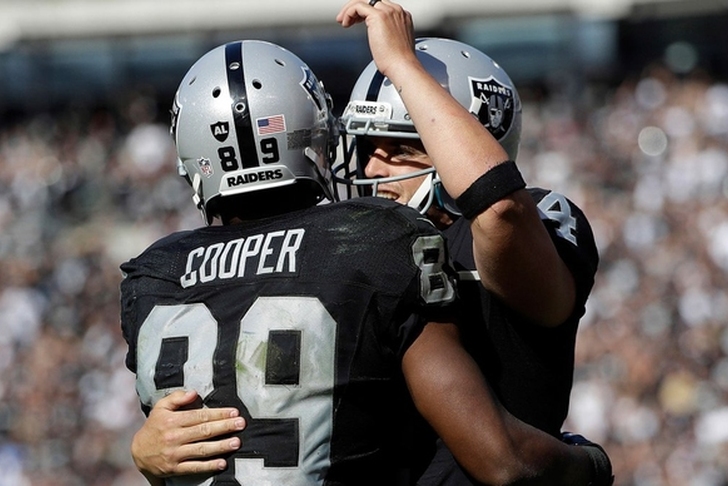 The Oakland Raiders were trailing for almost the entirety of the second and third quarters, but that didn't matter. The Raiders rallied and the Chargers once again shot themselves in the foot in a 34-31 Raiders win. Oakland is now 4-1 and tied for the division lead in the AFC South.

3. Pass Defense Still Needs Work
It's been a problem all season long and it was again Sunday. Despite two INTs, the Raiders let Philip Rivers torch them. On only 21 of 30 passing, Rivers had four TDs and 359 yards. That's a lot of big plays, the type of thing the Raiders can't afford to give up. Tyrell Williams and Travis Benjamin both had 117 yards through the air and the Raiders must find a way to fix a leaky secondary. They're still winning games, but poor pass defense will start to cost them wins.

2. Raiders Play To Their Competition
Take a look back at what the Raiders have done this year: beat the Saints by 1, lost to the Falcons by 7, beat the Titans by 7, the Ravens by 1 and the Chargers by 3. Heck, this one could have gone to OT if the Chargers didn't botch a field goal. That's a lot of close games against teams that, for the most part, don't have the talent that Raiders do. A win is still a win (see below), but the Raiders are bound to lose some close games. With the struggling Chiefs, Jaguars and Buccaneers on tap next, it'd be nice to see the Raiders take a team out to the woodshed and cruise to a win.

1. Just Win Baby
The first two points might not have been the most positive (and we're ignoring the Raiders' mediocre running game), but the final result is what matters. And the Raiders are 4-1 and in their best position to make the playoffs since Rich Gannon was at QB. The Raiders' passing attack looks great and the offensive line is still among the best in the NFL. The Raiders shut down the Chargers' ground game for the most part and did force four turnovers. If the Raiders just keep winning games, Raider Nation should be happy.