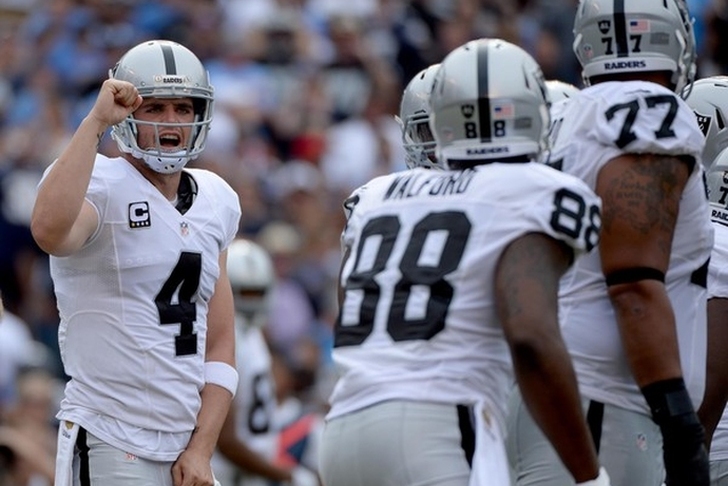 The Oakland Raiders clinched their first playoff berth since 2002 with a 19-16 win over the San Diego Chargers on Sunday afternoon. While Oakland moves to 11-3 in what has already been a very successful season, there are still a few things we learned from the game. Here are the three biggest takeaways:

3) Carr's pinky continues to be an issue
Ever since Carr suffered that pinky injury in Oakland's Nov. 27 win over the Panthers, the passing game has suffered. He is averaging just 196.7 yards per game in the three games since, compared to the 264.6 per game he is averaging on the season. Oakland's running game has also suffered since he has to take every snap out of the shotgun. The sooner Carr can get 100 percent healthy the better, because this offense has not been the same.

2) Oakland's defense is peaking at the right time
Oakland's defense was their Achilles heel early in the season, but now they've become one of the more feared units in the league. Sure, their secondary still needs to be much more consistent, but there's no denying the improvements they've made. Led by their stout pass rush, they are giving up just over 20 points per game in the past three games compared to 25 per game in their 11 previous games. You want to be playing your best football going into the playoffs, and the Raiders are doing just that.

1) No team is better in close games
As has become the staple of this team, no one is better than the Raiders at pulling off fourth-quarter comebacks and winning close games. This was the eighth game this season in which Oakland was either trailing or tied at any point in the 4th quarter and ended up winning the game. That is something that will help this team come playoff time, and gives players, coaches and fans confidence that this team is never out of a game.