WATCH: Every Raiders Touchdown From Oakland's 38-24 Win Over The Bills 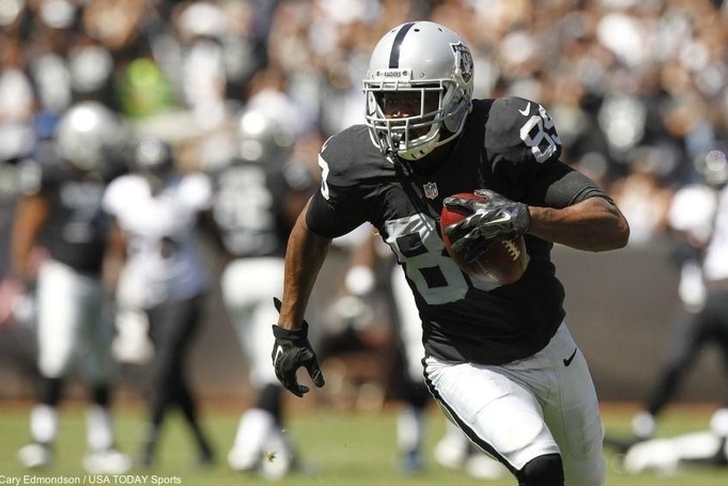 The Oakland Raiders didn't get off to a hot start against the Buffalo Bills, but they rallied for an impressive 38-24 win. The Raiders were down 24-9 at one point, before reeling off 29 straight points to improve to 10-2.

Check out every TD from the Raiders' win below.

Down 24-9 in the third quarter, the Raiders got their first TD of the day as Derek Carr hit Michael Crabtree for a short score.

Just before the end of the 3rd quarter, the Raiders trimmed the Bills lead to just one on a 1-yard TD from Latavius Murray.

Early in the 4th quarter, the Raiders took their first lead of the game as Carr hit Amari Cooper for a 33-yard TD. That put the Raiders up 30-24.

The Raiders added an insurance score when Murray plunged in again. The two-point try was good, putting Oakland up 38-24.

That would be the final in this one as well. All videos are from the Every Raiders TD Facebook page.