WATCH: Every Raiders Touchdown From Oakland's 35-34 Win Over The Saints 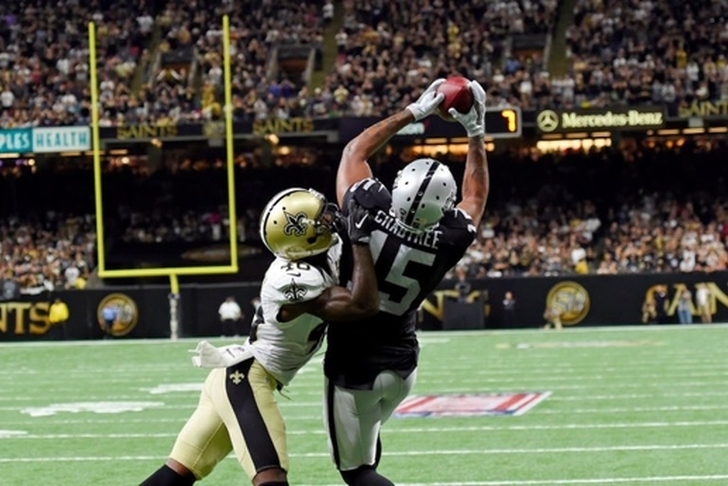 The Oakland Raiders started their season off in thrilling fashion, beating the New Orleans Saints 35-34. The Raiders were down 14 at one point, but came storming back to beat the Saints on the road. The win was capped off by a converted two-point conversion late in the 4th quarter and a missed 61-yard Saints field.

Check out every Raiders TD from their season opening win below.

Tied 3-3 in the first quarter, the Raiders took a lead on a short TD run by Latavius Murray.

The Raiders fell behind 24-13, but a short TD run from Jamize Olawale cut the lead down.

The Saints added a field goal, but then Jalen Richard broke a long run to cut the lead down even further. We're still not sure how he managed to score.