WATCH: Every Raiders TD From Oakland's 34-31 Win Over The Chargers 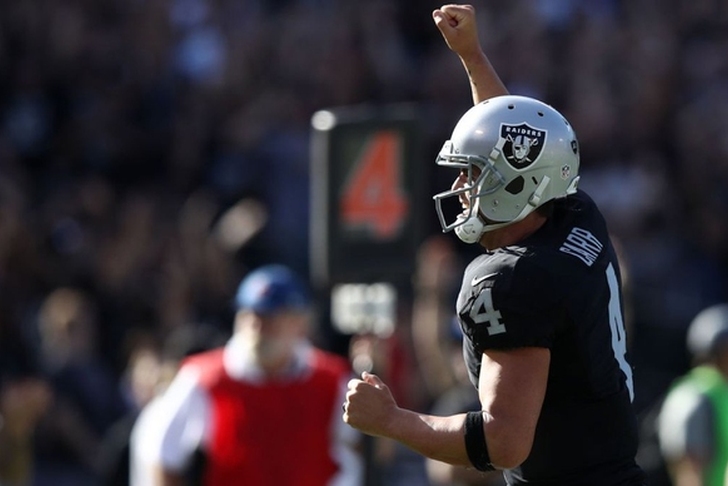 It wasn't always pretty, but the Oakland Raiders improved to 4-1 with a win over the San Diego Chargers. The Raiders were down for much of the game, but took a lead late in the third quarter and held on for a win. The Raiders settled for field goals too often, but did get into the end zone just enough.

Check out every Raiders TD from their win below.

Now trailing 24-19, the Raiders went for it on 4th and 2. Carr found Michael Crabtree for the score to give the Raiders the lead. A 2-point conversion gave Oakland a 27-24 lead.

The Raiders added an insurance score on a one-yard run by the fullback, Jamize Olawale.

The Chargers actually had a chance to tie it, but a botched snap/hold just before the two minute warning ruined that. The Raiders held on for a 34-31 win.

All videos are from the Every Raiders TD Facebook page.