WATCH: Every Raiders TD From Oakland's 33-16 Win Over The Jaguars 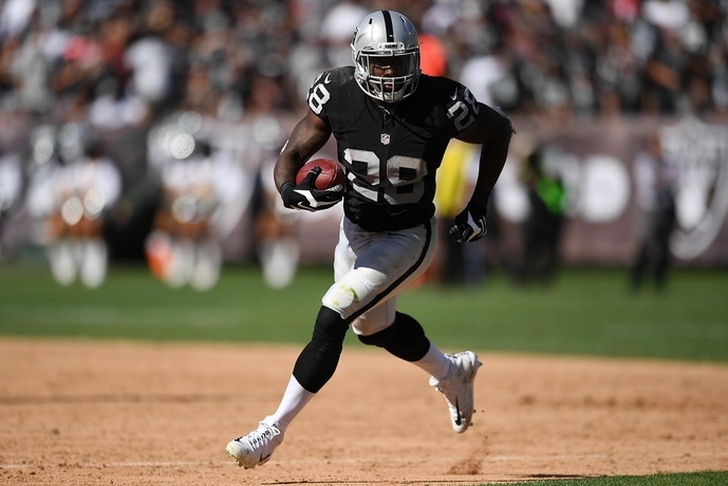 Going from the west coast to the east coast for a road game isn't easy for an NFL team, but the Oakland Raiders didn't let that stop them. The Raiders picked up a 33-16 over the Jacksonville Jaguars Sunday, in a game the Raiders never trailed. Jacksonville did make a brief comeback effort, cutting the lead to 10 with just over four minutes to play. But the Raiders add an insurance TD and improved to 5-2 this year.

Check out every Raiders touchdown from their win Sunday below.

Up 6-3 in the second quarter, Latavius Murray found the end zone to make it 13-3.

Just before the end of the half, the Raiders added their second TD of the game. Derek Carr found WR Michael Crabtree for the four-yard score to give Oakland a 20-6 lead entering halftime.

After Jacksonville cut the lead to 26-16, Murray added his second TD on a nine-yard run. It was the final nail in the coffin for the Jaguars.