WATCH: Every Raiders TD From Oakland's 28-27 Win Over The Ravens 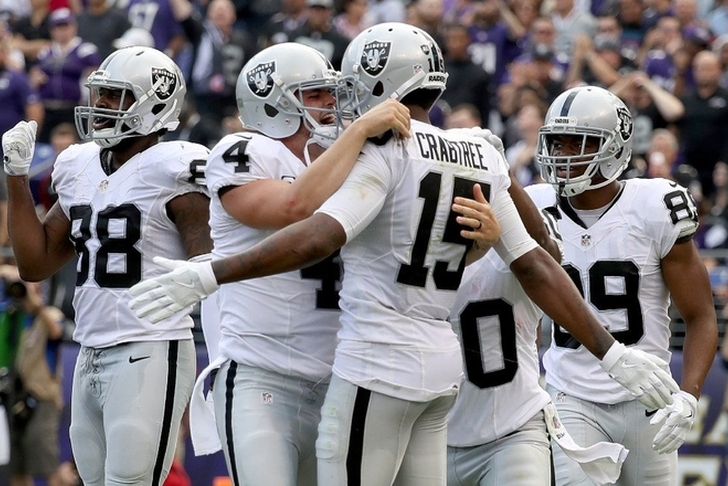 It came down to the wire, but the Oakland Raiders gutted out a 28-27 win over the Baltimore Ravens. Michael Crabtree played a critical role in this one, catching three touchdown passes, including the game-winner. With the 4th quarter comeback victory, the Raiders improve to 3-1, handing the Ravens their first loss in the process.

Check out every Raiders' TD from their win below.

The Raiders opened the scoring late in the first quarter, with Derek Carr finding WR Seth Roberts for a 6-yard score.

Up 7-3 late in the first half, Michael Crabtree reeled in his first TD of the day.

The Raiders extended their lead to 21-12 on the second Michael Crabtree TD catch of the day.

Now trailing 27-21, Crabtree came up clutch once more. He snagged a 23-yard TD to take the lead for good.

The Raiders held on for the 28-27 win, despite the Ravens getting into Oakland territory on their last drive. Every video is from the Every Raiders TD Facebook Page.