WATCH: Every Raiders TD From Oakland's 17-10 Win Over The Titans 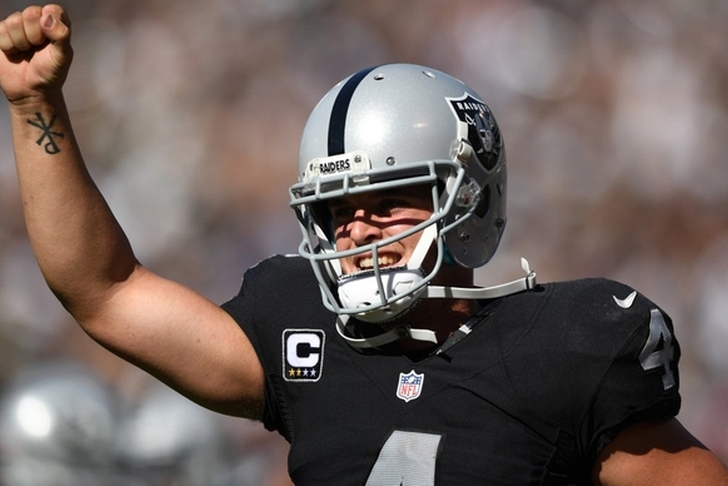 It wasn't exactly pretty, but the Oakland Raiders picked up a key win over the Tennessee Titans Sunday. The Raiders won 17-10, despite getting out-gained and shut out in the second half. Three Titans turnovers played a critical role in the Raiders' win.

Check out every Raiders TD from Oakland's 17-10 win below.

Down 3-0, the Raiders took a lead in the first quarter thanks to a TD run from Latavius Murray.

Up 10-3 in the final seconds of the first half, the Raiders struck again. QB Derek Carr found WR Seth Roberts for the TD.