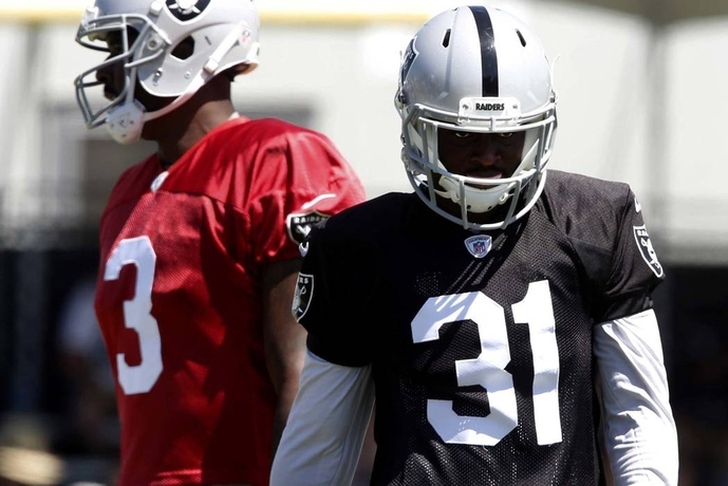 The Oakland Raiders drafted CB Gareon Conley in the first round, but with shin splints keeping him on the sideline, another rookie is drawing praise at training camp. Undrafted free agent Breon Borders of Duke has thrived in training camp, even getting some first team practice reps over Sean Smith.

Borders played outside at CB for Duke, but the 5-foot-11, 189-pound CB is shifting inside for the Raiders. His play thus far helped him get promoted from working with the backups only to getting those first team reps.

"Some guys just come in with a serious, no-nonsense approach to their game and their preparation," Del Rio told Vic Tafur of the San Francisco Chronicle about Borders. "Very conscientious, works very hard. I think Breon is having a nice camp."

"Every time I turn the film on it’s like he makes a play," Carr said of Borders. "I think that that’s how those guys catch your eye. When you’re an undrafted guy, it’s hard because obviously you’re not going to have the first or second-team reps all the time. All that you can see is, ‘Man, who’s 31?’ kind of a thing. And then throughout the offseason and here at camp, he’s really proven himself."

Speed was the main knock on Borders coming out of college, but that hasn't been an issue thus far. Despite his strong play, it would be a surprise if Borders opens up the year as the starting nickel corner. That's a role Conley (or T.J. Carrie) can fill and Sean Smith should end up ahead of Borders on the Week 1 depth chart.

Still, Borders is now in the mix to make the 53-man roster if healthy. Special teams play will be critical for Borders in the rest of camp and the preseason.