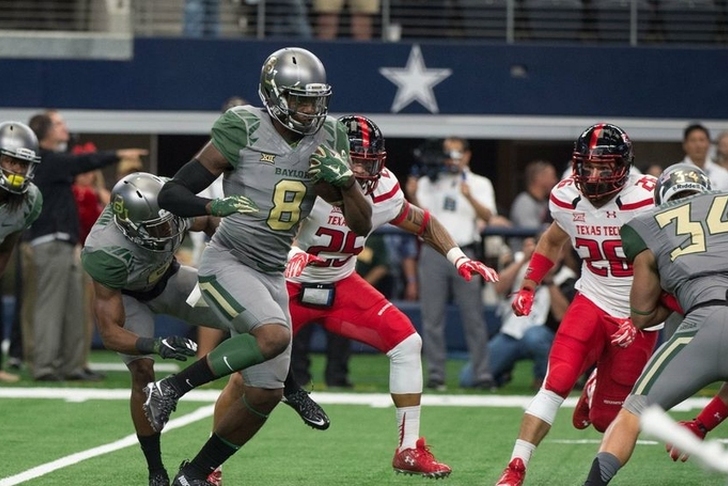 The 2017 NFL Draft is complete and the Oakland Raiders have already landed a few coveted undrafted free agents. NFL teams start trying to sign these UDFAs the second the draft ends, and sometimes even sooner, although all of the moves typically won't officially be announced for a few days.

We have every player the Raiders have signed below. We've also included a brief write-up about the more notable additions.

It's a light group thus far for the Raiders, but there are some players worth discussing.

Ishmael Zamora and Keon Hatcher are both WRs worth watching. Zamora is the classic big, tall and fast WR who needs a lot of work as a route runner and blocker. The video of him beating a dog that resulted in a suspension from Baylor didn't help his draft stock. Hatcher's lack of speed could prevent him from sticking in the NFL.

Pharaoh Brown has great size and had the speed to go along with it before a gruesome injury nearly resulted in his leg being amputated. He also has character concerns stemming from issues with teammates. Brown is worth a flier, but if he isn't fully healed from the leg injury, he won't make the roster.

Anthony Cioffi screams special teams player. The Raiders need some help there, although Cioffi doesn't have a real position. He played safety at Rutgers, but also worked out with the WRs at his pro day. He did run in 4.3s at his Pro Day, so the speed is there.

Both Isaac Whitney and Jordan Simmons out of USC were surprising pickups. Simmons played in only nine games for USC, with just two starts. Whitney had just eight career catches for the Trojans after arriving as a JUCO transfer.

Follow our Oakland Raiders team page for all the latest Raiders News or download the Chat Sports App!