Why the Las Vegas Raiders should keep Derek Carr 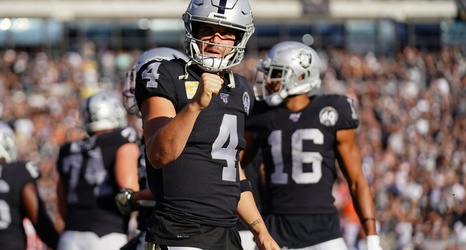 Apparently six-time Super Bowl champion Tom Brady is on the market, as well as promising quarterback Teddy Bridgewater and a slew of different names, but you really have to ask yourself would these guys truly be an improvement at quarterback for the Las Vegas Raiders?

With a three-win improvement over the season before and numbers that would state Derek Carr is a good quarterback, Raiders fans have poured in doves to demand change at the position. Most fans will point to Carr's 39-55 record, his inability to consistently go deep down field or even question his toughness by saying he's scared to get hit, but you have to take a look at the big picture here and see the dysfunction within this franchise.