Why Charles Woodson objects to portrayals of George Floyd as criminal 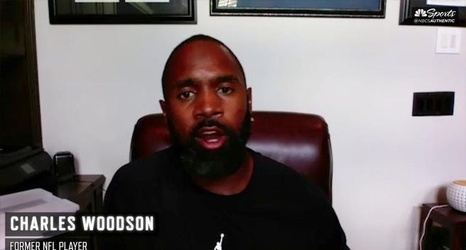 Charles Woodson said he didn't know what to do.

The Raiders legend recalled a conversation he had after George Floyd, a 46-year-old Black man, died in Minneapolis police custody on Memorial Day. Floyd died after a white officer, who has since been fired and now faces murder and manslaughter charges, pressed his knee into Floyd's neck for nearly nine minutes.

Woodson, who is Black, said a white person he spoke to told him that Floyd "had some stuff in his past" and "wasn't really a good guy."

"I was listening to it and I just wanted to scream, man.