What’s going on with Josh Jacobs? 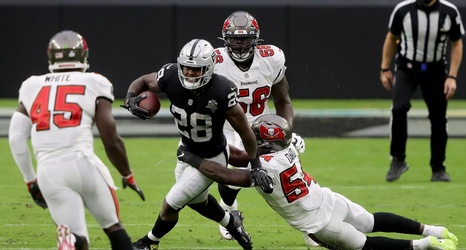 Josh Jacobs is one of the Raiders’ most important offensive pieces. When the second-year running back gets going, he can dominate a game and make it easier for the other areas of the offense.

Last year’s No. 24 overall draft pick was outstanding in 2019 — and, in my opinion, was snubbed as the NFL Offensive Rookie Player of the Year in favor of Arizona Cardinals quarterback Kyler Murray.

After Jacobs put away a Week 1 win at the Carolina Panthers, Raiders coach Jon Gruden compared him to Walter Payton, which is a huge honor.