What we learned in the Raiders’ London win: Playoffs? Why not? 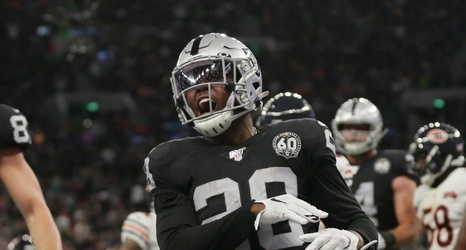 The Raiders’ season is effectively one-third done, and after a win over the Chicago Bears in London on Sunday, Jon Gruden’s team resides in a Wild Card spot in the AFC.

Is it ridiculous to think they could hold that?

Because given the way that they have played — the way they have won — the last two weeks against playoff teams from last season, it’d be foolish to say that the Raiders don’t have a shot at playing in January.

And looking around the AFC, it’s clear that there isn’t going to be much outstanding competition for those two Wild Card spots, either.