What we learned at Raiders HQ: Carr says ‘It’s time to get back on track’ 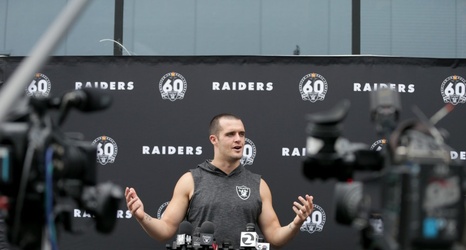 Pretty much the opposite of what was on your mind after winning three straight home games.

“You rewind two weeks ago, we were the greatest story in the NFL, and two weeks later we suck again,” Carr said Wednesday as the Raiders (6-6) began preparations to host the Tennessee Titans (7-5) at the Coliseum. “I think we’ll be alright. We are just going to keep grinding, we’re going to stick with what we do.”

Or at least to what they did while getting to a surprising 6-4.

While not an explosive team, the Raiders managed to extend drives through steadily moving the chains and keeping out of third-and-long situations.