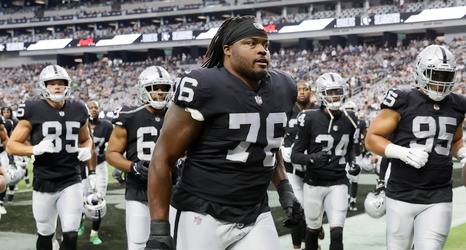 After riding the high of a huge Week One victory, injuries have brought the Las Vegas Raiders back down to earth. 17 players were listed on the Raiders’ first injury report of Week Two, including offensive linemen Denzelle Good and Richie Incognito.

Good is done for the year with a torn ACL, and Incognito is still out and didn’t practice on Wednesday with the same calf injury that has been bothering him for weeks. Granted, the team just held a walkthrough so holding Incognito out could be more precautionary, but it’s not exactly a good sign that he’s still not 100 percent.