What if Jon Gruden had never been traded by the Raiders to the Buccaneers? 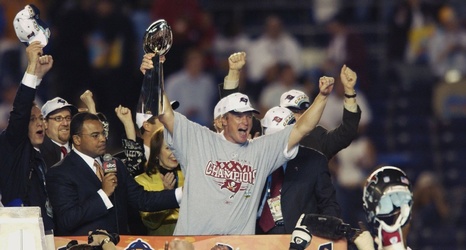 HENDERSON, Nev. -- The rumors had been percolating all year. So much so that Jon Gruden took the time to address them in team meetings throughout the 2001 season.

Gruden was in his fourth season as the then-whiz kid coach of the then-Oakland Raiders, and his team had quickly become a power, having already played host to an AFC Championship Game. But contract negotiations on an extension had stalled midseason, and Gruden was linked to jobs ranging from Notre Dame to Ohio State in college to, yes, Tampa Bay in the NFL.