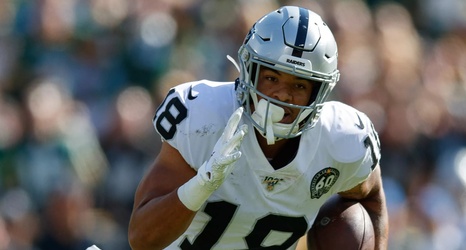 With Hunter Renfrow out with a broken rib, Keelan Doss stepped into the flanker receiver role as expected at logged 55 percent of snaps. He finished with just 1 catch for 11 yards, picking up said catch in garbage time well after the game was in hand.

Doss was unable to get much separation and only received 1 target throughout the entire game.

With more seasoning on defense, D.J. Swearinger has begun to pull away from Curtis Riley in the race for snaps at safety opposite Erik Harris. Swearinger played 72 percent of snaps, with Riley logging only 15 percent.