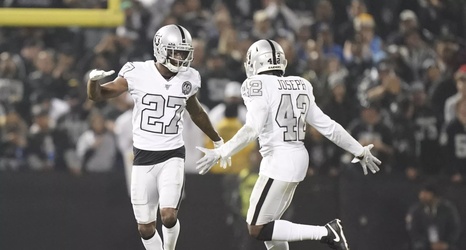 Ever since the Gareon Conley trade, Trayvon Mullen’s role has been elevated drastically. But in Week 10, he was on the field for 97 percent of snaps, tied with presumed No. 1 cornerback Daryl Worley.

In Week 7, Conley’s last game with the team, Mullen played one single defensive snap. Since then, he’s gone from 75 percent in Week 8 to 87 percent in Week 9 before playing nearly 100 percent of the time on Thursday night.

Aside from a pass interference penalty, Mullen was on point all night.