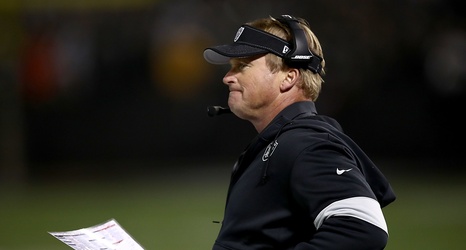 Thursday night, the Oakland Raiders separated themselves from the Los Angeles Chargers with a 26-24 victory. Not only did the win virtually remove a hated rival from the postseason discussion, but it also drastically improved the Raiders playoff odds.

In a shocking turn of events, Kansas City fell to the Tennessee Titans which puts the Silver and Black a half-game out for the division lead.