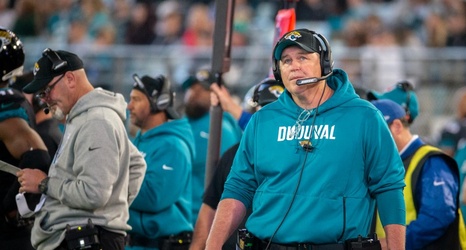 Marrone, head coach of the Jacksonville Jaguars, was head coach at Syracuse from 2009 through 2012 and had been a Raiders sixth-round draft pick in 1986. He knew Davis, with whom he had maintained a relationship, was in failing health.

“Even near the end he was very, very sharp,” Marrone told Bay Area reporters Wednesday by conference call. “He was sharp enough that the first time I walked in he said, ‘If you’re looking for me to donate money, you’re in the wrong (expletive) place.