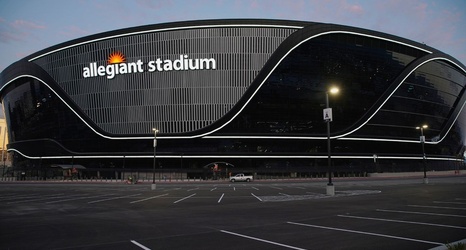 LAS VEGAS -- Fans of UNLV football will be the first to attend a game at the home of the NFL's Las Vegas Raiders after the university's plan to allow a limited number of spectators was approved by the Southern Nevada Health District and Nevada's department of Business & Industry.

The Rebels are scheduled to host in-state rival Nevada at Allegiant Stadium on Saturday in the annual battle for the Fremont Cannon, college football's largest rivalry trophy. It will be the first game played before fans at the new stadium since the Raiders have decided to play their inaugural season in Vegas before empty seats amid the pandemic.