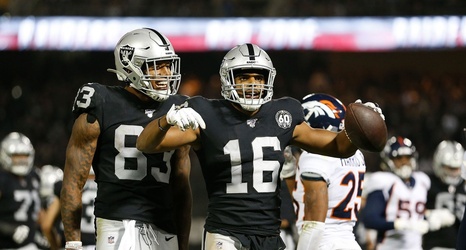 Just days after the Oakland Raiders sent the Pittsburgh Steelers a third and fifth-round pick in exchange for Antonio Brown, the team signed Tyrell Williams to a four-year, $44 million contract with a vision to be the team’s No.2 option.

The Raiders knew exactly what they were investing in when signing Williams as he was arguably the best wide receiver on the open market. Oakland double dipped, assembling a dynamic duo of Brown and Williams.

Those plans went south fast as Oakland is without Brown, but entered Week 1 with high hopes that Williams could convert into the team’s No.