Top five 2019 Raiders games in which Derek Carr should have revenge on his mind: Indianapolis Colts 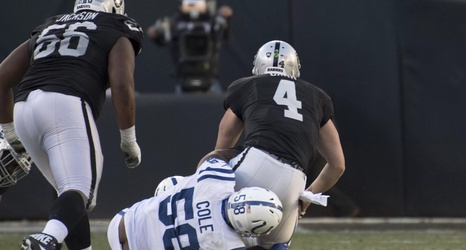 The idea of revenge is not one we typically associate with Derek Carr. He says he loves everyone and no game means more than any other game, but some extra motivation is never a bad thing. So, we present the first of five games this season in which revenge could be on Derek Carr’s mind and that might be a good thing.

The Raiders have had just one winning season with Derek Carr at quarterback. It was the 2016 season in which they finished 12-4 and made the playoffs for the first time in 14 years.