The Raiders’ struggles with the little things are adding up 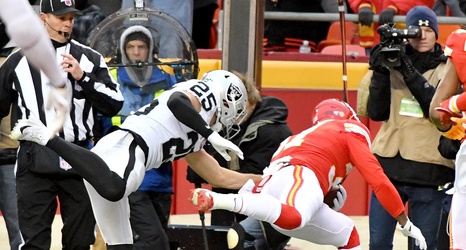 Jon Gruden says the Raiders are “struggling” right now. After consecutive blowout losses with but a single touchdown, that seems like an understatement.

The garbage time touchdown on Sunday did little to lighten the mood around the Raiders’ facility on Monday. That’s due in large part to miscues — things the team needs to clean up, according to their coach.

“It was going to be a close game. The weather conditions were difficult to throw the ball, period. To kick the ball, I think it was a big deal. The penalties and the turnovers, the hidden yardage, it’s a huge statistic.