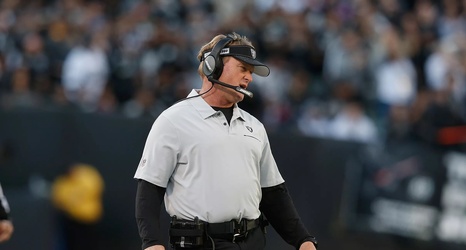 Yes, I’m well aware that this was also listed last week, but after another second half where the Raiders were outscored 17-0 it’s time to get out and SELL SELL SELL!

It’s becoming pathetic at this point. The Raiders have now been outscored 78-9 in the second half since Week 12. They’ve scored one (1) second half touchdown across the last four weeks. Coach Gruden spoke openly about his displeasure with his defense last week; It’s time for him to look in the mirror.

The offensive line has been the defining strength of the team for the better part of the season, but against the Jaguars they struggled.