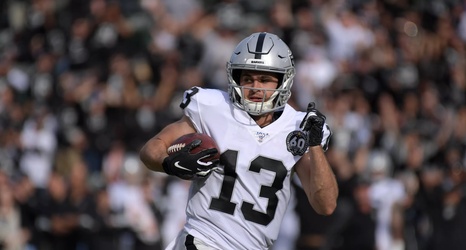 Hunter Renfrow, the offensive catalyst for yesterday’s 24-17 win over the Chargers, did all of his damange (7 catches, 107 yards, 1 touchdown) on just 46 percent of all offensive snaps.

For the second week in a row, Will Compton played every snap on defense, relegating Tahir Whitehead to 61 percent of snaps, while Nicholas Morrow played only 25 percent of defensive snaps.

Compton has been a massive boost to the Raiders run defense over the last two weeks since being inserted into the starting lineup, and his high level of competency has put how overpaid Whitehead is in perspective.