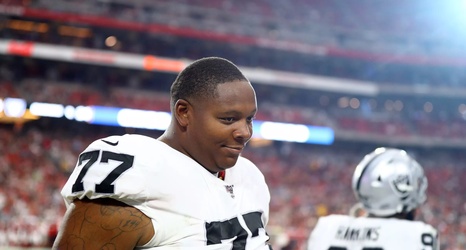 Brandon Thorn of the Establishing the Run is known as one of the better internet analysts on offensive-line play. He has ranked both left tackles and right tackles by tiers. The Raiders did solidly in his ranking, especially right tackle Trent Brown.

Brown was put in the second tier (there were six tiers in all) at right tackle and ranked sixth overall at that position. Las Vegas left tackle Kolton Miller was less thought of, but he didn’t have a terrible ranking. Thorn placed the third-year player in the fourth tier at left tackle, ranking him as the 16th best overall.