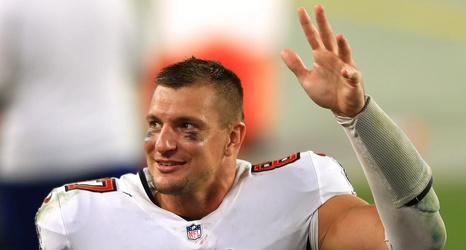 Jon Gruden loves big, game-changing tight ends and he has often gushed about Rob Gronkowski while Gronk was showing he was perhaps the greatest tight end ever to play with New England Patriots while Gruden was a broadcaster on ESPN’s Monday Night Football.

Now on Sunday, if Gronkowski’s health permits, Gruden will face No. 87 for the first time as an opponent when the Las Vegas Raiders host the Tampa Bay Buccaneers. Gronkowski has played well in recent weeks in his first season with Tampa Bay, but he did miss practice Wednesday with a shoulder injury.