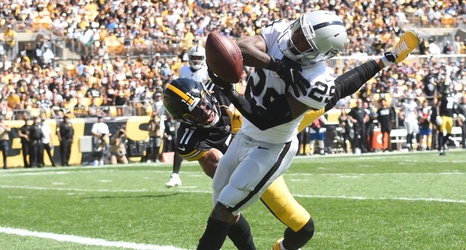 There is no question that the Las Vegas Raiders’ defense is improved after the first two games of the 2021 season.

The biggest differences are on the defensive line where there is improved pass rush, and in the secondary where better coverage and ball skills is evident. One of the reasons for the uptick in production in the play of some key free-agent additions, including cornerback Casey Hayward.

Still early, but no team has gotten a better ROI on free agents so far than the Raiders

2 of their 3 highest graded defenders were signed for relatively modest deals this off-season: