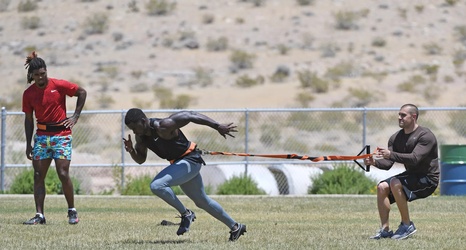 When he tore down the Raiders’ roster in 2018, it was clear that Jon Gruden was going to base his 10-year era with the team around young players.

Thanks to big trades of Khalil Mack and Amari Cooper, the Raiders had a total of five first-round picks in 2018 and 2019 combined. These players — namely defensive end Clelin Ferrell, running back Josh Jacobs, safety Johnathan Abram, wide receiver Henry Ruggs III and cornerback Damon Arnette — are going to make up the foundation of the Raiders’ future in Las Vegas.