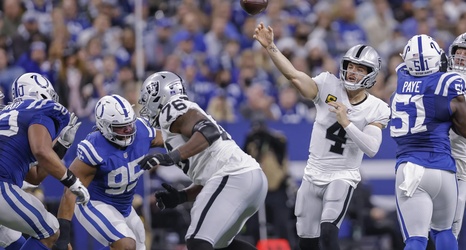 The Las Vegas Raiders quarterback Derek Carr is primed for a tremendous season. He has the weapons around him he has been missing for most of his career. He will have the opportunity to prove his critics wrong with a successful season.

One area Carr has improved is his accuracy. With his average target depth rising over the past two years, his completion percentage has not fallen off. It is a good sign of the quarterback maintaining his accuracy while playing aggressively.

Where the Raiders starting quarterback shined was the intermediate area. According to PFF charting, they have him as a top-five quarterback from 10-19 yards when it comes to accurate passes.