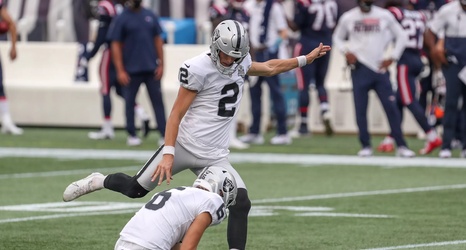 Who has been the best duo on the team so far this season? Maybe Derek Carr and Darren Waller? Or maybe a defensive duo? What about... hmmmm, I don’t know... what about their kicker and punter?

Entering the bye week, Daniel Carlson is easily having the best season of his young career. After a prolific career at Auburn, Carlson struggled to get going through his first two seasons in the NFL. He has flipped the switch and is looking like a potential Pro Bowl candidate.

He has converted nearly 92 percent of his kicks this season, including a 54-yard career high against the Saints that was essentially a game-winner.