Silver Mining 2/8: Shanahan says there wasn’t a single play call he’d change in Super Bowl LIV if he could do it over 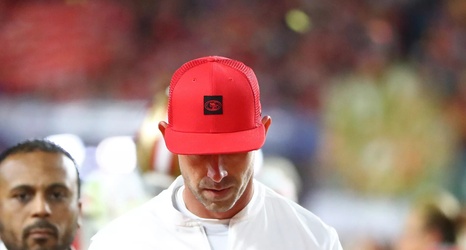 I wonder if Vic got blocked by the entire Carr family on social media.

Finally, a trade everyone can get behind.

I don’t understand which people they are polling to get these results.

I mean it makes sense if somehow Tua Tagovailoa and Justin Herbert are gone by six.

Hopefully struggling to cover Hunter Renfrow, Tyrell Williams, and. . . . CeeDee Lamb? Anybody? Anybody?

Niners Nation: Shanahan said there wasn’t one play call he’d change in Super Bowl LIV if he could do it over

I wore my Raiders starter jacket the day after the Super Bowl to work.